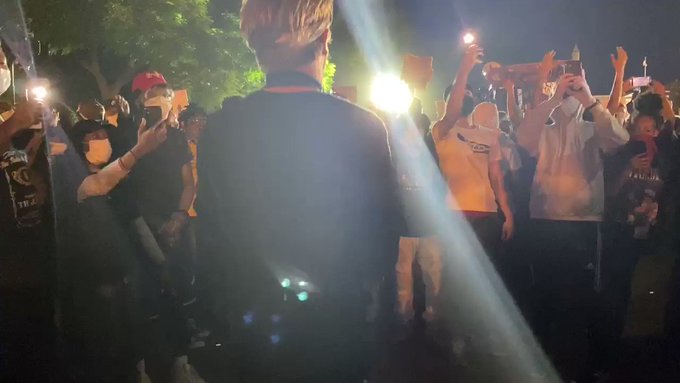 In New Jersey, a group of about 30 protesters stopped at a Newark intersection to do the “Cupid Shuffle” dance. Justin Cedeno, 23, who recorded the scene, said people brought speakers while some cars road along the protest route playing Tupac, N.W.A, and A Tribe Called Quest. But when someone played Cupid’s song “that’s when everyone came together and started dancing.”